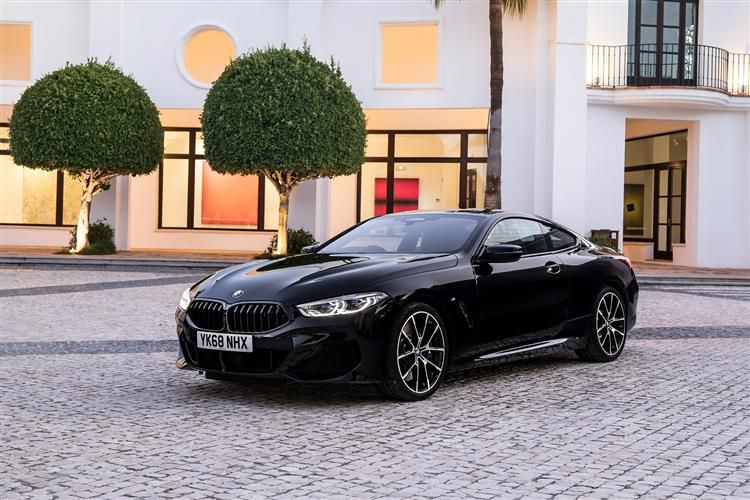 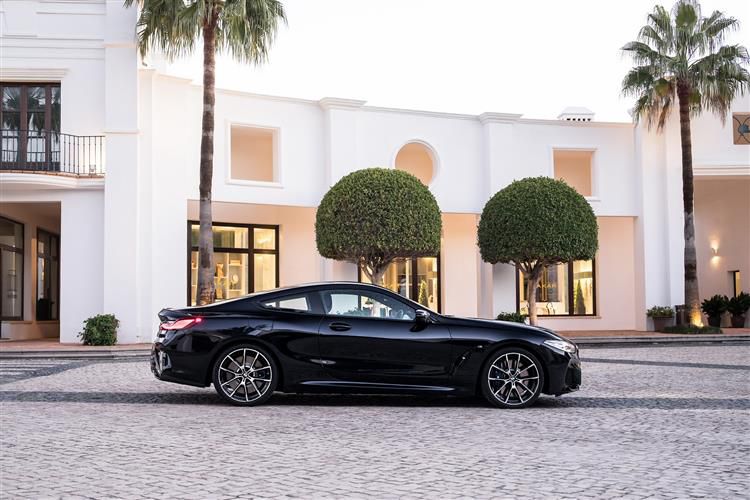 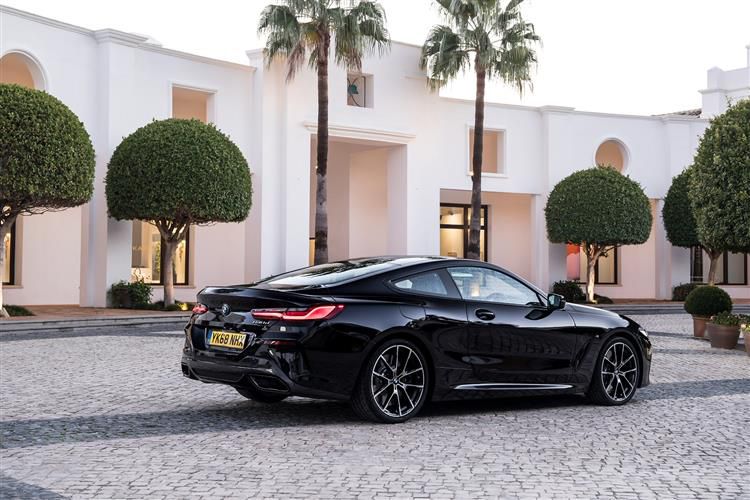 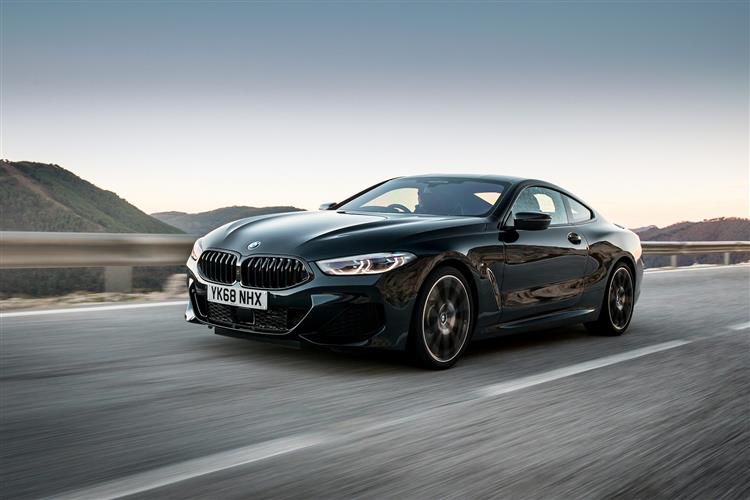 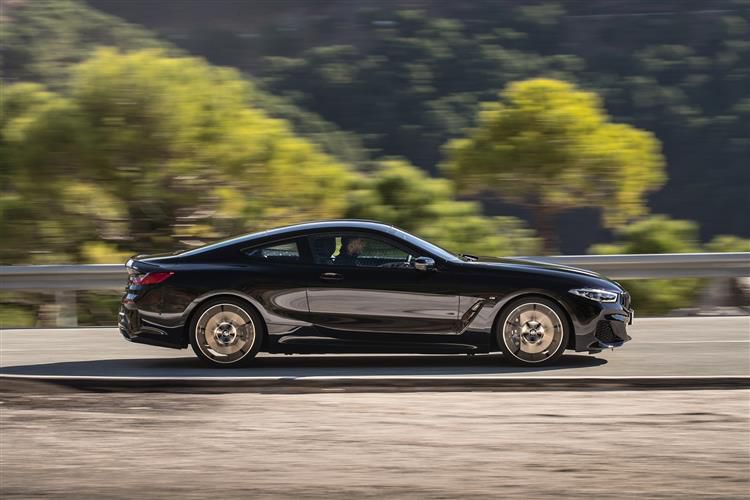 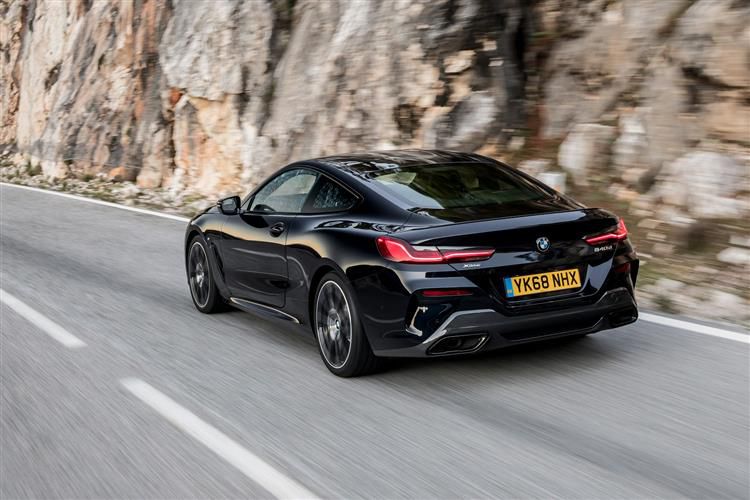 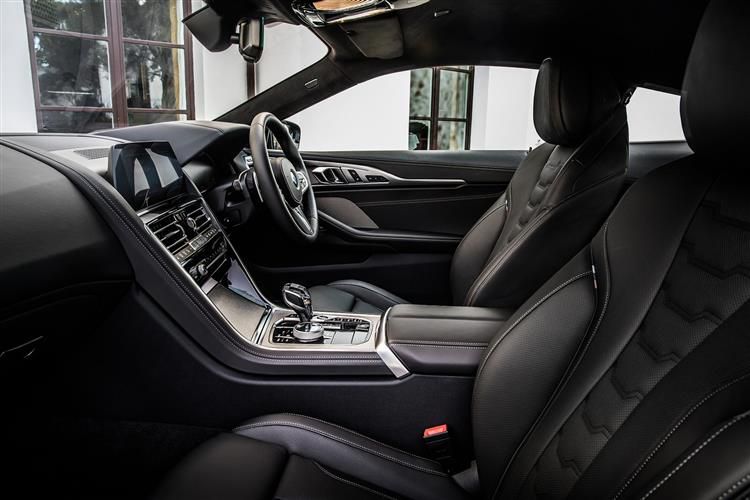 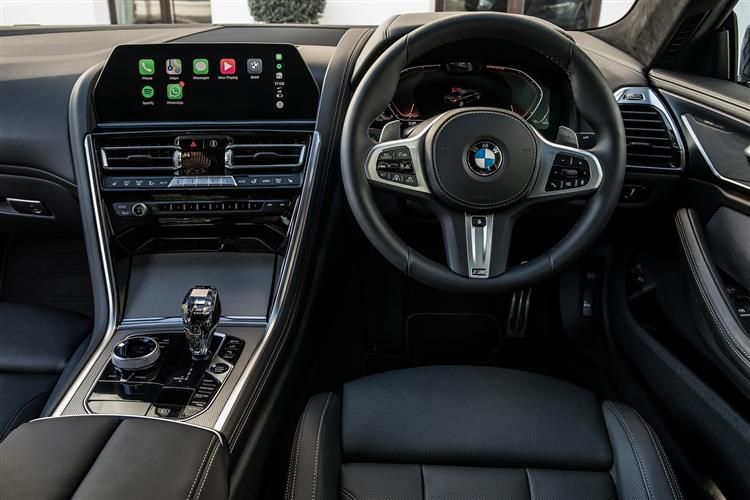 What should a top luxury sports coupe be? Sharp and driver-orientated like a Porsche 911? Or a luxurious Grand Tourer like the Mercedes S-Class Coupe? If you can't decide, this BMW 8 Series Coupe might offer the perfect solution.

This car revives an 8 Series nameplate last seen between 1989 and 1999, but sidelined since as BMW has experimented with other approaches into the luxury coupe market. One was the electrified i8, the other the four-door 6 Series Gran Coupe. The Munich maker insists that this 8 Series isn't a Gran Coupe replacement, nor is it merely a stylised two-door version of the 7 Series saloon, even though it's built alongside that car at the company's Dingolfing German plant. The manufacturer points out that '8' has always been a model badge given to its special projects. The i8 was one; the Z8 sports roadster of 2000 was another. With this 8 Series Coupe, development was conducted in parallel with the M8 GTE endurance racing car, which suggests a dynamic focus never previously seen in a top BMW coupe model.

The range kicks off with the 340hp rear-driven 840i sDrive version but most 8 Series Coupe buyers choose between the two mainstream xDrive variants, both of which feature xDrive 4WD as standard. The enthusiasts' choice will be the M850i variant, which uses much the same 4.4-litre twin-turbocharged petrol V8 you'll find in the brand's M5 super saloon but here tuned to 530hp. An M Sport exhaust delivers a snarly soundtrack and there are the usual 'Driving Experience Control' modes - 'Eco', 'Comfort', 'Sport' and 'Sport+'. There's 750Nm of torque and 62mph from rest takes just 3.7s. If that's not fast enough, you'll want to talk to your dealer about the even quicker M8 Competition model which puts out 625hp. The alternative option is the 840d xDrive diesel variant, which uses the brand's familiar 3.0-litre six-cylinder in-line diesel with BMW TwinPower Turbo technology. It delivers a maximum output of 320hp and peak torque of 680Nm. For a more focussed and sporty handling, Integral Active Steering is fitted as standard to reduce the turning circle when manoeuvring. This also increases agility at moderate speeds and optimises poise and assurance when changing lanes and cornering at high speeds. It becomes more direct as the speed builds but allows the driver to manoeuvre at low speeds with minimal steering wheel movement. Optional active roll stabilisation further enhances the handling characteristics. Electric swivel motors on the front and rear axles ensure particularly fast and precise compensation of lateral forces.

The low-slung 8 Series Coupe design has an elongated silhouette with a slim window graphic and a roofline flowing elegantly into the powerfully shaped rear with distinctive 'double-bubble' contours. LED headlights are standard - the slimmest lamps of any BMW model to date. Both light tubes are used to generate the daytime driving lights as well as the low and high beam, thereby creating a signature brand look at all times. The side view is dominated by dramatic surfaces. Whilst they curve inwards on the far side of the front wheels, they bulge outwards again in a real display of power above the rear wheels. The glass area tapers at the rear, accentuating the muscular shoulder line, while the side window graphic terminates in a very tightly-angled version of the famous Hofmeister kink. The interior is awash with high-precision details and features a driver-centric cockpit and low-set sports seats featuring integral head restraints and trimmed in soft Merino leather. There's space for a couple of small children in the rear and the backrest sections can be folded down either individually or together in order to further increase the load capacity of the 420-litre luggage compartment.

8 Series Coupe pricing starts at around £72,000 for the 840i sDrive, rising to around just over £76,000 for the 840d xDrive. You'll need a fraction over £100,000 for the desirable M850i xDrive variant. And around £124,000 for the M8 Competition Coupe. Equipment highlights across the range include Merino leather upholstery, a Head-up display, Active Park Distance Control and the BMW 'Live Cockpit Professional' infotainment set-up, which includes a 12.3 inch instrument binnacle display screen and a 10.25-inch centre-dash monitor. Via this, you'll have access to an adaptive nav system, a hard-drive-based multimedia system with 20GB, two USB ports, plus Bluetooth and WiFi interfaces. Plus there's plenty of cutting-edge camera-driven safety kit and autonomous driving tech. The driver assistance systems process camera images as well as data gathered by ultrasonic and radar sensors to monitor the vehicle's surroundings, to warn of potential hazards and to minimise the risk of an accident with corrective braking or steering inputs. The car is equipped as standard with Cruise Control with braking function, as well as Collision and Pedestrian Warning with City Braking, the latest version of which also alerts the driver when a cyclist is detected. Depending on the situation, the system can bring the vehicle to a halt to either avoid a collision or minimise its consequences.

Just because you're spending over £70,000 on your luxury coupe, it doesn't mean you'll be paying through the nose to keep it on the road. Even the M850i with its turbocharged petrol V8 is capable of up to 25.2mpg (WLTP) and combined CO2 emissions of up to 224g/km (NEDC). The 840d diesel improves that to 40.4mpg and 160g/km. Routine maintenance is dictated by 'Condition Based Servicing' that monitors oil level and engine wear, taking into account how long it's been and how far the car has travelled since its previous garage visit. To help plan ahead for the cost of regular work, at point of purchase you'll be offered a 'BMW Service Inclusive' package that lasts for three years and 36,000 miles. With this, after a one-off payment, you'll have the peace of mind of knowing that all normal work on the car has been paid for during this period, including items such as oil, spark plugs and filters. On to the warranty package. BMW offers a warranty that lasts for three years, no matter how many miles you complete. You can also insure your car through BMW, though as most 8s will be funded with company money through a lease deal, this brokerage fees are likely to be bundled into that.

We can see this 8 Series model carving out a useful niche for itself. M5-style drive dynamics and 7 Series saloon luxury is a combination likely to appeal to quite a few boardroom-level buyers. Of course, you'll never get the trackday-style feel of a 911, but potential buyers are unlikely to want that. And the greater practicality, technology and safety of this '8' will for them be ample compensation. Plus it makes a particularly striking aesthetic statement. Which you'll want if this car is to properly reward you for a lifetime's endeavour. It should elegantly be able to do just that.