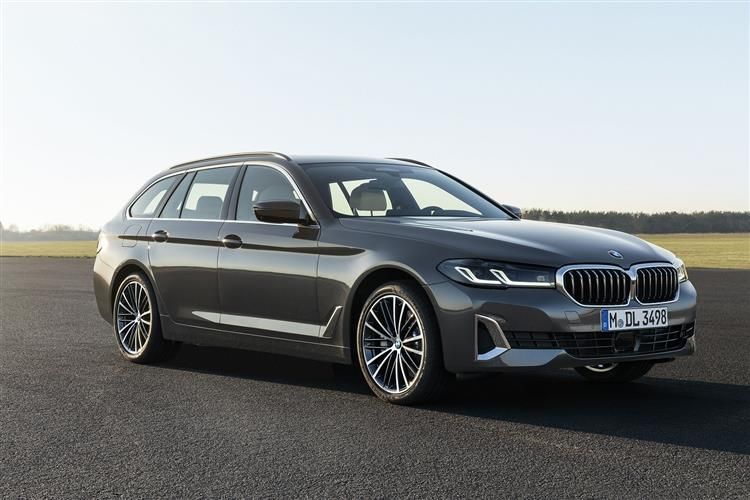 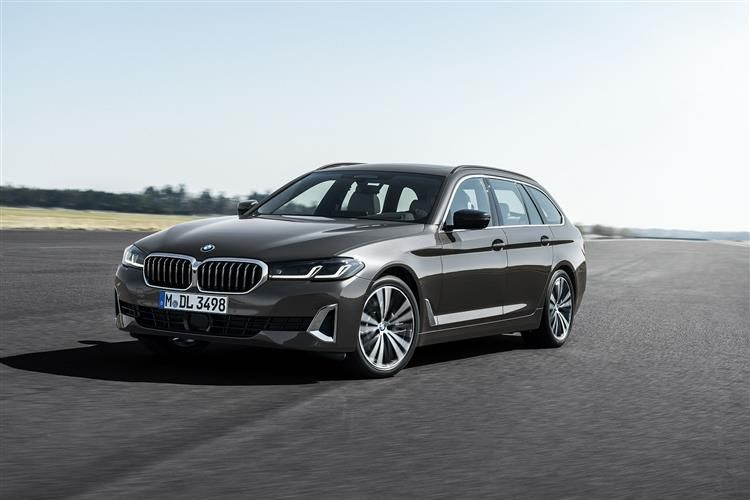 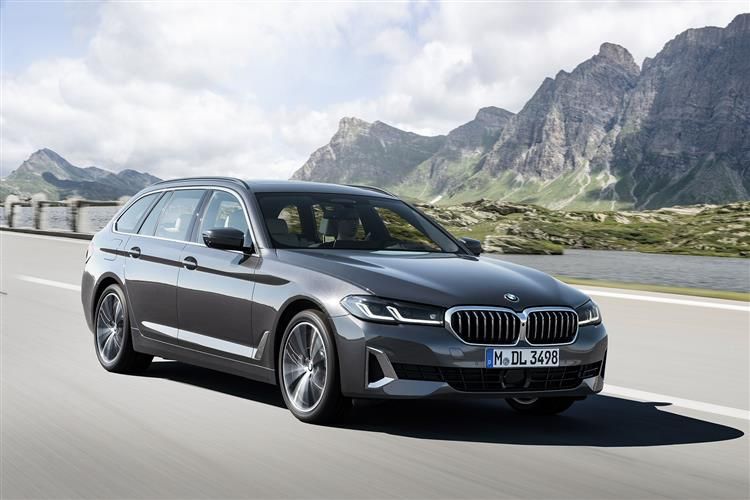 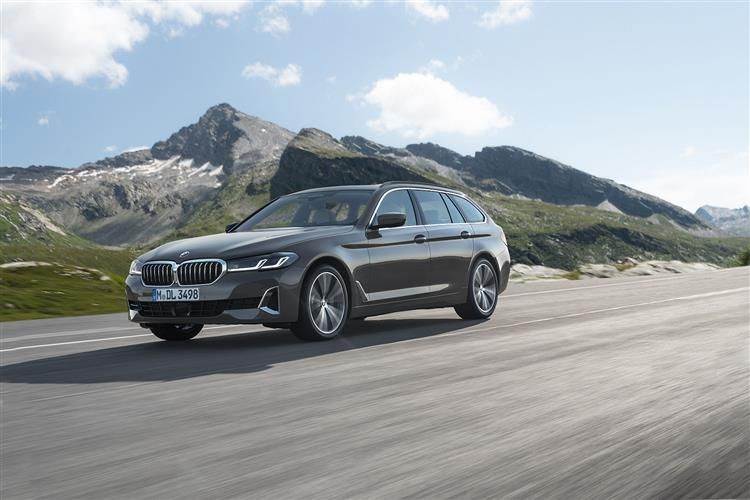 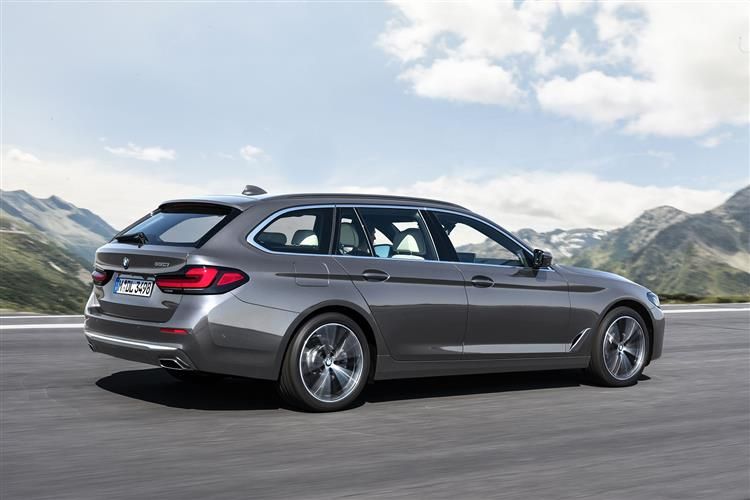 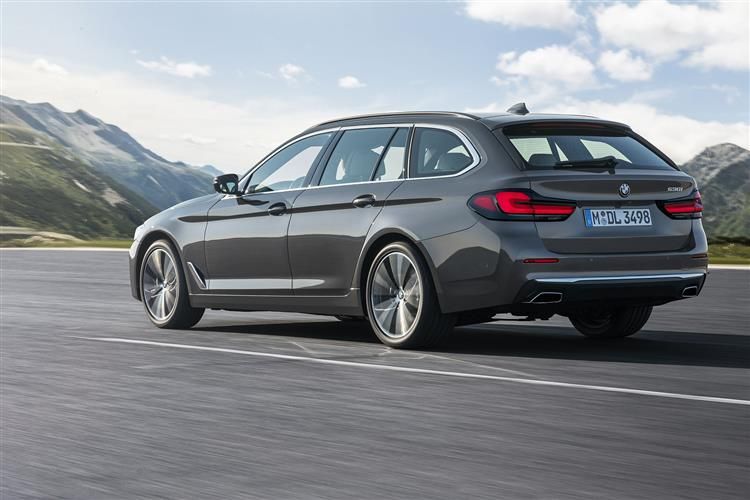 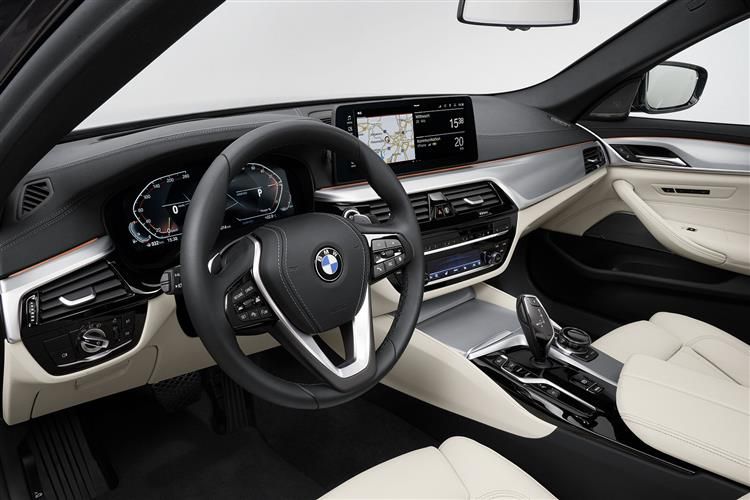 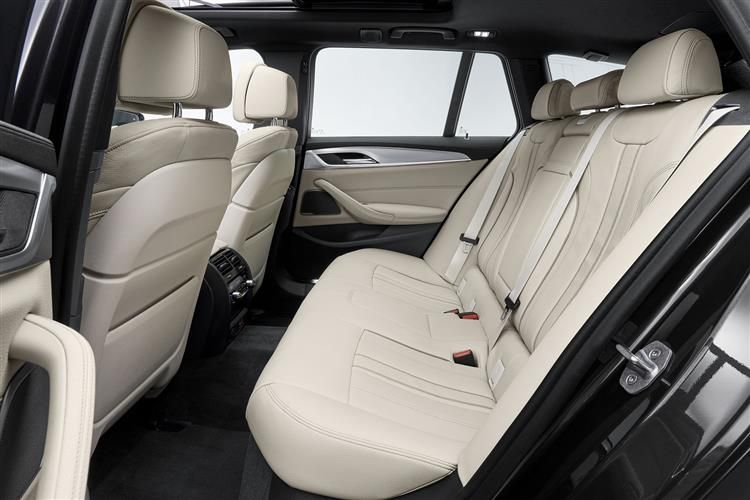 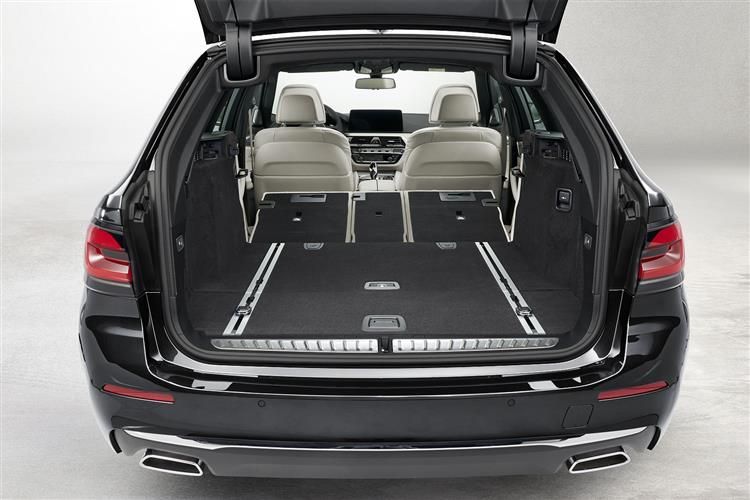 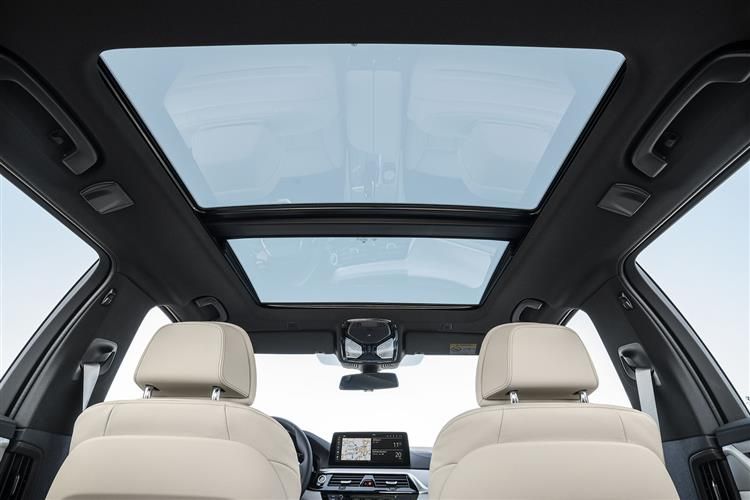 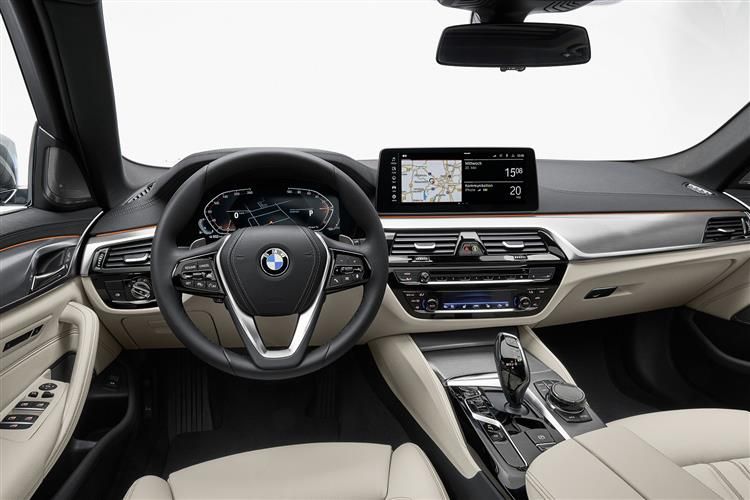 BMW has high hopes of its much improved 5 Series Touring. Jonathan Crouch reports.

Big estate cars have come a long way from their utilitarian roots and this improved version of the seventh generation BMW 5 Series Touring is a good example of just how far. Air suspension at the rear offers composure with a big load onboard and you'll be able to fit plenty in one in thanks to a 570-litre capacity. Thanks to mild hybrid tech, the engine range is now even more efficient and the smartened styling, though formulaic, has definite elegance. It may even be sharper than the saloon's.

BMW paints a not unrecognisable picture of the executive estate market before the arrival of its 1991 first generation 5 Series Touring. Before that car, big estates were pared-back workhorses to their sportier and more sophisticated saloon counterparts. After it, they were positioned more equally with equivalent design and driving dynamics. Today, many even see the estate as a more stylish alternative to the straight-laced saloon, with its extra practicality coming as a handy bonus. The MK7 model 5 Series Touring is a worthy successor to successful previous generation models and just like most of its predecessors, it has the Audi A6 Avant and Mercedes-Benz E-Class Estate to contend with. BMW's expertise in autonomous driving systems and media connectivity will help here, as will the greater luggage capacity on offer. If all of this can shroud a car that cossets its passengers while still rewarding the driver at the wheel, then quite a contender is in prospect.

Thanks to a reduction in weight of about 100kg, this 7th generation 5 Series Touring proved to be a little sharper to drive than its immediate predecessor and still feels a little more agile than its direct Audi and Mercedes rivals. Especially if you add in options like 4-wheel steering and adaptive damping. The kind of full air suspension set-up you can have on a rival Mercedes E-Class is still lacking, though there's an air suspended rear axle on this Touring estate variant. You'll want to know about engines, which continue to work via an 8-speed ZF auto gearbox. All the mainstream four cylinder and six cylinder powerplants now get the Munich maker's latest 48V mild hybrid technology. Most 5 series buyers still want a diesel - there are three options again available. Things kick off with the four-cylinder 188hp 520d, which sits below a couple of six cylinder variants, the 281hp 530d and the 335hp 540d xDrive. The 520d and 530d can be had with either standard rear wheel drive or extra cost xDrive 4WD. BMW expects petrol power to enjoy a greater take-up with this facelifted model. The mainstream part of the range uses a 2.0-litre four-cylinder turbo unit, things kicking off with a 181hp 520i. Above the 520i, xDrive 4WD is either optional or mandatory. That 2.0-litre four-cylinder unit features in more powerful 248hp form in the 530i. And in the plug-in hybrid 530e, which offers up to 288hp. If you think a 5 Series really needs a six cylinder engine and you want petrol power, the conventional option is the 329hp 540i. A 248hp version of the 540i's same 3.0-litre petrol 'six' is paired to a 107hp electric motor in a new more powerful plug-in hybrid derivative, the 545e xDrive.

This Touring model is styled the way you would expect it to look. So from the B-pillar forwards, the front is identical to the saloon, but at the rear end, there are enlarged LED tail-lights and there's quite a sleek roofline. This updated '5' adopts a wider single-frame front grille flanked by beadier LED headlights. Boot capacity is 570-litres, which is 40-litres larger than the saloon. The rival Mercedes E-Class betters that though, with its 640-litre capacity. BMW says the boot can expand to 1,700-litres with the rear seats down. Those seats, which fold in a 40:20:40 split, can be released remotely from the boot and have electrically folding backrests. All models get an electric tailgate, while the unique opening rear window is retained from the previous model. Inside, the changes made to this improved model are hard to spot and mostly concern updates to the centre stack. There's a re-designed lower climate display, revised trim materials and gloss black centre console details. More significant is the adoption of the 7th generation version of BMW's iDrive infotainment system, which offers buyers a standard 10.3-inch centre-dash touchscreen, with the option to upgrade to larger 12.3-inch monitor on request. There's also a digital display for the instrument binnacle, but you still can't get it to show a full-dash screen map, as is possible with rivals. There is room for up to three adults on the rear seats, which are also designed to allow room for up to three child seats.

On to pricing. Expect to pay a required premium of just over £2,300 to get this Touring estate 5 Series model, rather this four-door saloon. That means pricing somewhere in the £40,000 to £55,000 bracket for mainstream models and there's a choice of either 'SE', 'M Sport' or 'M Sport Edition' trim levels. All variants come only with eight-speed automatic transmission and if you avoid the base 520d diesel derivative, you'll get the 'Sport' version of this gearbox which offers quicker change characteristics. Very few 5 Series Touring buyers do avoid the 520d however. In fact, almost 85% of customers choose this 190hp model. Even base SE models are, as you would expect, very well equipped, featuring alloy wheels of between 17 and 19-inches in size, Dakota leather upholstery, a Sport leather steering wheel and heated front seats. Freshly added to SE trim are features like power-folding mirrors, front electric lumbar support for the seats and BMW's Parking Assistant package. M Sport trim adds alloy wheel designs in 18, 19 and 20-inch sizes, plus the M aerodynamics body styling packages. Inside, there's an M leather steering wheel, front sports seats, an anthracite headliner and a distinctive instrument panel finished in Sensatec artificial stitched leather. Top M Sport Edition trim gives you 20-inch alloy wheels, Adaptive LED headlights, red brake callipers and sun protection glass.

The 5 Series Touring has always been impressively frugal for a car of its size. The four cylinder 520d diesel, for instance, can deliver well over 55mpg on the WLTP combined cycle and around 130g/km of WLTP CO2. And across the range, things have taken a turn for the even better with the addition of BMW's latest 48V mild hybrid technology for the mainstream four and six cylinder petrol and diesel engines. This consists of a 48-volt starter generator that enables particularly intensive braking energy recuperation along with an additional battery to store the electricity that's generated in this way. The 48-volt battery not only supplies the electrically operated vehicle functions, it also makes its energy available to generate additional drive power. For this purpose the current flows back to the starter generator, which now takes on the role of an electric drive. This reduces the load on the combustion engine, allowing it to run as often as possible in an efficiency-optimised load range. If you want something more sophisticated than mild hybrid tech, you'll want to look at the two plug-in hybrid petrol variants. The 530e four cylinder model can offer a WLTP electric driving range of up to 42 miles. For the six cylinder 545e, it's up to 35 miles.

Why would you choose the estate version of an executive car over the saloon? A few years back, you'd have wanted the additional boot space and would have been willing to make some compromises to get it. Today, cars like this much improved BMW 5 Series Touring combine the technology and driving experience of the saloon version with real additional versatility and sharp looks that many will actually find preferable. Whichever way you look at it, the latest 5-Series 5-door has an array of capabilities that few cars of any description can match. True, it's a pity that to really create 'the ultimate driving machine', you've to spend so much on the options list. But even in standard guise, this is a hugely accomplished car, if one requiring familiarity and plenty of mileage over varying roads before its true qualities really begin to shine through.