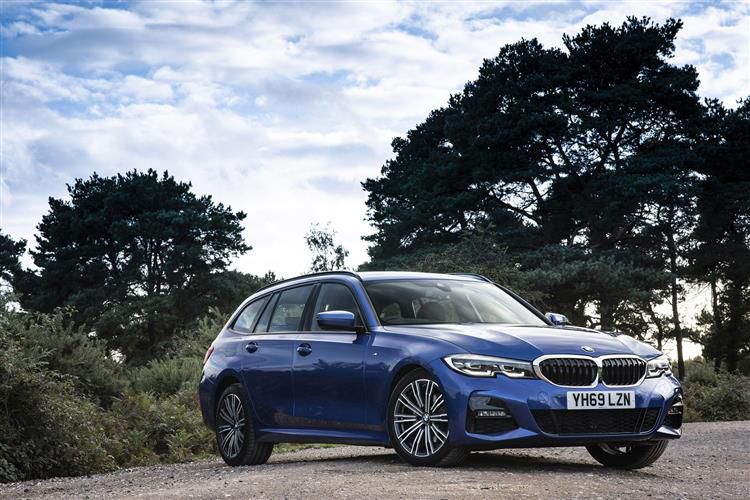 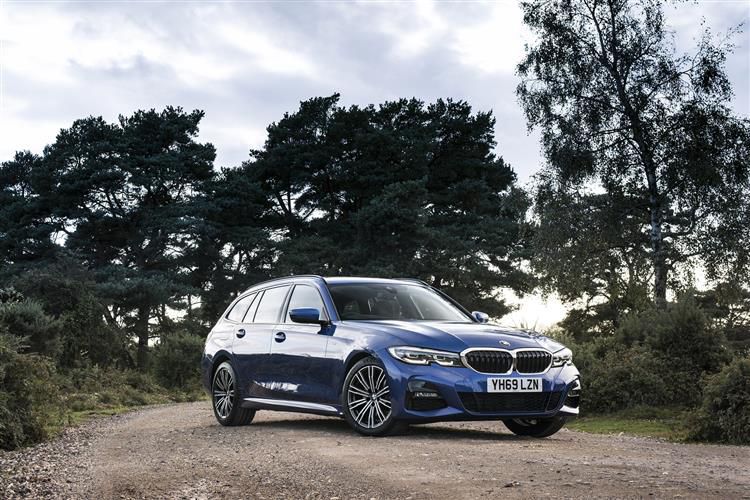 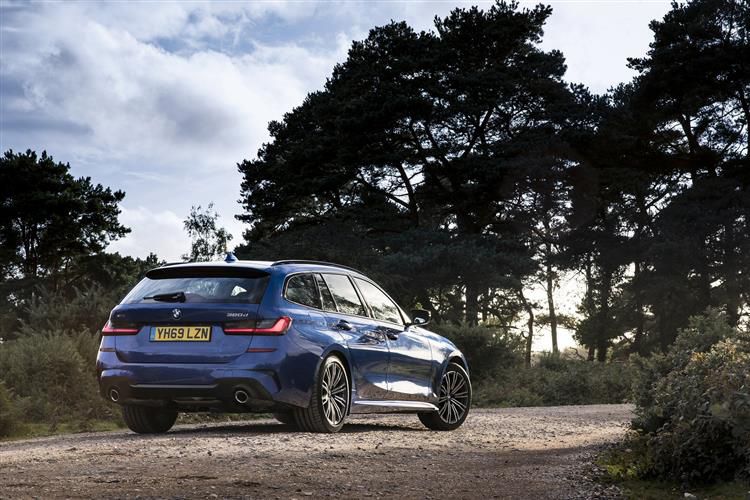 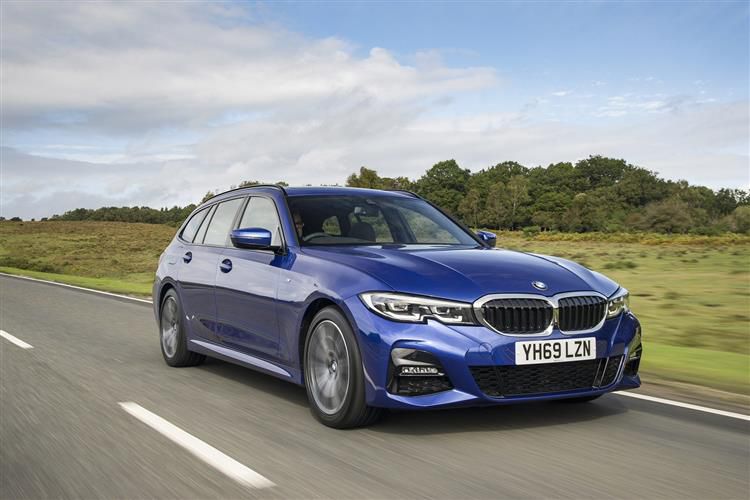 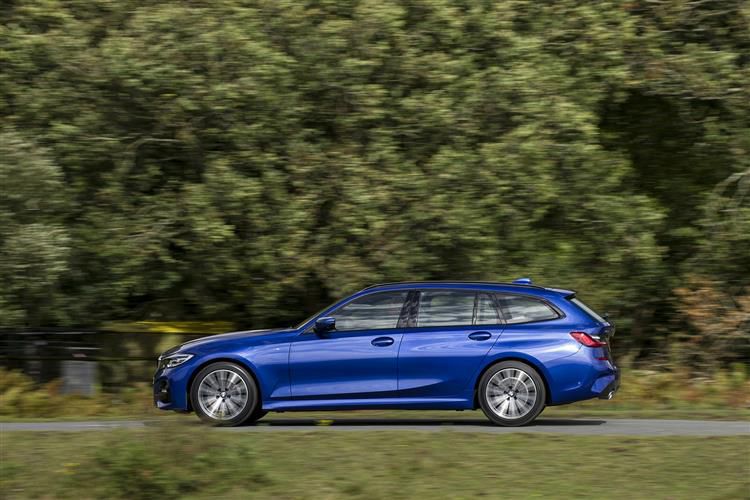 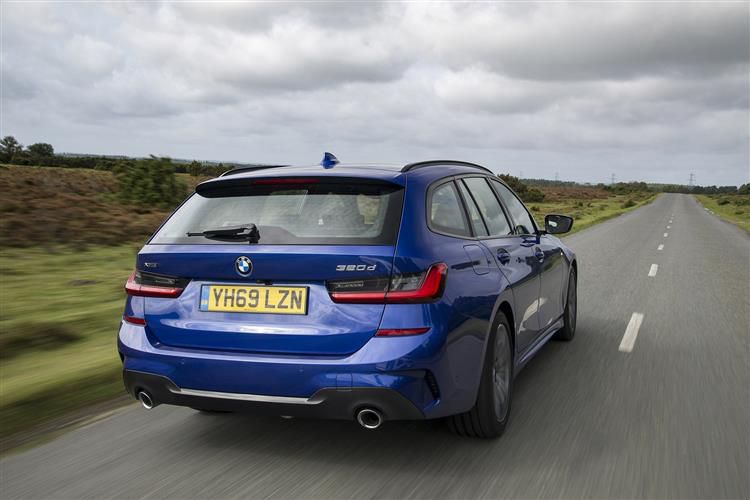 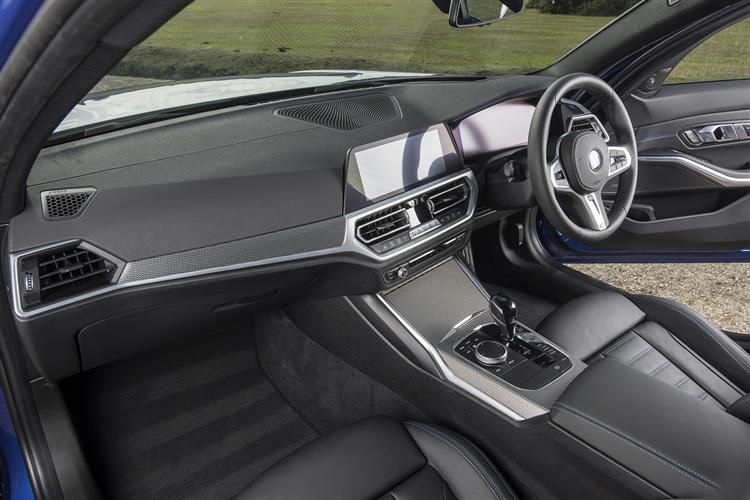 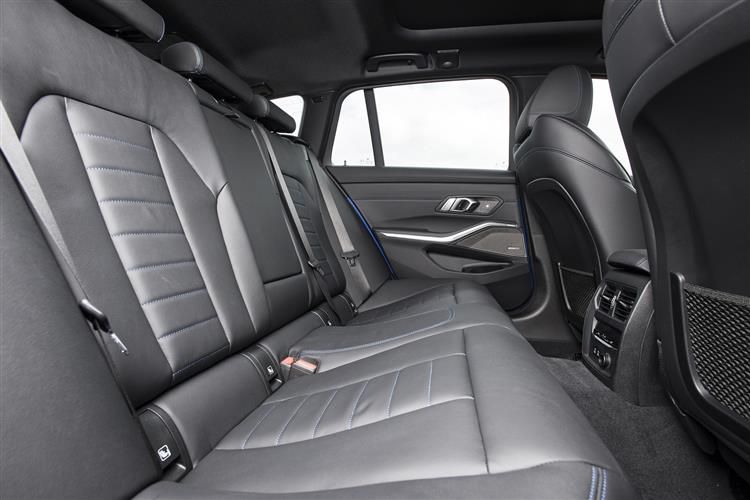 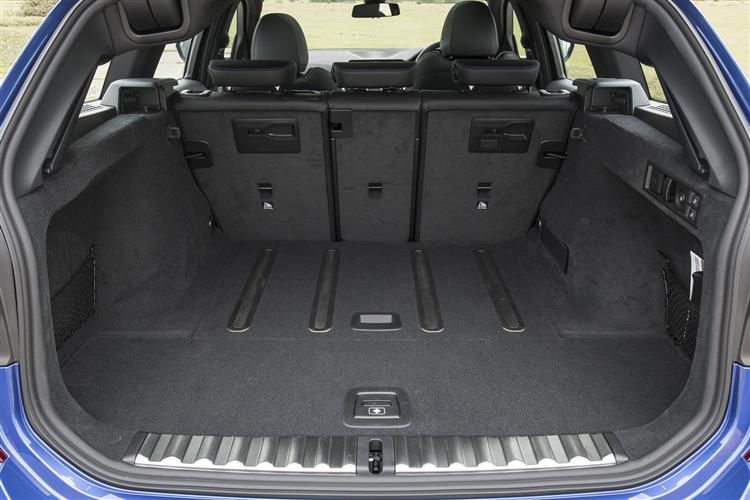 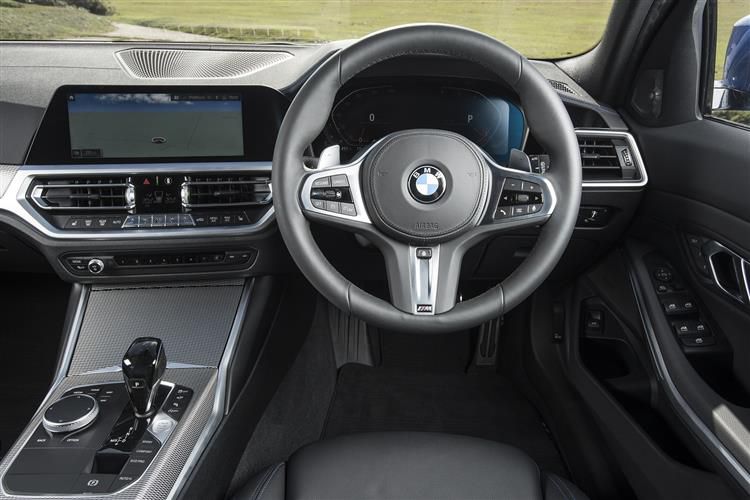 The BMW 3 Series Touring is back for those who don't pack light. Jonathan Crouch takes a look.

The sophisticated sixth generation 'G20' generation version of BMW's 3 Series Touring holds no great surprises to those who understand the narrative of this model. It's not the most accomplished load lugger in its class but it's the best drive and offers the most efficiency. That'll be enough to clinch the deal for most who just hanker after a 3 Series with a bit more versatility.

Conventional wisdom dictates that estate cars are designed for people who can't fit all the paraphernalia of modern life inside a conventional saloon or hatchback model. You'd certainly imagine that an estate would require a lot more space than the saloon on which it is based in order to justify its own existence but, particularly in the compact executive sector where BMW's 3 Series Touring competes, it isn't always that straightforward. It might be a surprise for some people to learn that many mid-sized executive estate cars are only fractionally roomier than their saloon equivalents - and some even have less space out back. Estate buyers in this sector are typically also asked to pay around £1,300 more for the privilege. That's extra money for extra space. How much extra space? With the rear seats in place just 20 litres over the saloon. You don't, in other words, buy this car for its luggage cramming talents. You buy it because you want the capability in hand and also because it's a little more 'lifestyle' and a little less 'field sales' than the standard 3 Series saloon.

The well-versed themes of the 3 Series are present and correct in this sixth generation Touring model. It's still rear wheel drive of course - though xDrive 4WD is, as before, as option. Upgraded four-cylinder engines from BMW's Efficient Dynamics family are used across the powerplant range, which kicks off with the 184hp 320i. The same engine's also used in the 330e plug-in hybrid model. The other mainstream petrol engine available is the 258hp unit in the 330i. If you want six cylinders, you'll need the 374hp engine of the rare M340i. Diesel drivers can start their perusals with the 150hp 318d, before going on to consider the 190hp 320d derivative that most choose. This mid-range diesel model generates 400Nm of torque which enables a 0-62mph sprint time of 7.5s (or just 7.1s for the auto). At the top of the diesel line-up is the 265hp 330d. Both 320d and 330d models can be had with that xDrive 4WD option; in the 330d, you have to have xDrive. A new generation six-speed manual gearbox is standard across the range, or there's the option of eight-speed Steptronic auto transmission. The handling promises to be even sharper thanks to a wider track, and a chassis that's up to 50% stiffer in some areas and which features special lift-related dampers. A 55kg weight reduction this time round also helps. Adaptive M suspension can be specified on 'M Sport' models. And 330i and 330d buyers will be offered an M Sport differential for the rear axle which helps to enhance traction, agility and cornering.

It won't surprise you to learn that from the front bumper to the B-pillar, the 3 Series Touring is identical to the saloon model. This version of this estate variant has larger exterior dimensions than its predecessor. It has grown by 76mm to 4,709mm in length, by 16mm to 1,827mm in width and by 11mm to 1,440mm in height. The wheelbase has also been extended by 41mm to 2,851mm, plus 43mm has been added to the front track (1,587 mm) and 21mm to the rear track (1,604mm). You'll want to know about the boot, accessed via a standard powered tailgate. It's 500-litres inside (5-litres bigger than the previous generation Touring model and 20-litres bigger than the boot of a current 'G20'-generation 3 Series saloon model. BMW reckons those stats don't tell the whole story, pointing out that the boot is up to 112mm wider than the predecessor design and its loading aperture is 30mm higher and up to 125mm wider in its upper section. The loading sill is slightly lower (at 616mm) and the step between it and the boot floor has been reduced in height from 35mm to 8mm - all of which makes it much easier to load large, heavy items of luggage. Fold the seats flat and there's a maximum capacity of 1,500-litres.

The 3 Series Touring range mainly occupies the £35,000 to £45,000 bracket and comes in three trim levels: 'SE', 'Sport' and 'M Sport'. As well as a line-specific front and rear bumper design, the 'SE' comes with light- alloy wheels in 17-inch or optional 18-inch formats, aluminium door sill strips and LED front fog lamps. Plus the 'SE' model gets a smart leather sport steering wheel with multifunction buttons and thumb rests. Mid-range 'Sport' trim includes 'High-gloss Shadow Line' trim, plus special kidney grille bars and trim elements for the air intakes and rear apron in High-gloss Black. The sporty exterior is enhanced with exclusive 18" V spoke light alloy wheels. Inside the 'Sport' gets trim strips in High-gloss Black and heated sports seats in Vernasca leather. Ideally though, you'd want the 'M Sport' model, which features large air intakes at the front end to combine with an equally distinctive design for the side skirts and rear apron. These elements are joined by BMW Individual High-gloss Shadow Line trim, kidney grille bars in High-gloss Black, air intake trim in High-gloss Black and a rear diffuser in Dark Shadow. Heated sports seats with Vernasca leather, an M leather steering wheel, an anthracite-coloured BMW Individual headliner and interior trim strips in Aluminium Tetragon are standard at this level.

Although the upfront price might be a bit of a hurdle for some, the 3 Series Touring looks as if it will prove a fairly cost-effective car to own. They're no longer the cast iron financial prospect they used to be - the laws of supply and demand have seen to that - but if residuals have softened a bit, then the improved efficiency of the latest cars make up for it. The 320d variant's improved 2.0-litre powerplant now includes multi-stage turbocharging, which brings increased efficiency across all engine speeds. Combined cycle WLTP-rated fuel consumption is rated at up to 64.2mpg for the 2WD 320d (the automatic version registers 67.3mpg) - or 61.4mpg for the 320d xDrive. The 320d's NEDC-rated CO2 emissions are up to 119g/km (or up to 121g/km for the 320d xDrive). The 320i petrol variant manages up to 48.7mpg and up to 133g/km of CO2. For the auto-only 330i petrol model, the combined cycle figure is up to 47.1mpg and the CO2 reading is up to 136g/km. If you want to do better, you can ask about the 330e iPerformance petrol/electric Plug-in hybrid. The Steptronic automatic transmission option features a coasting mode so that when the driver lifts off the throttle at higher speeds, for example on a gentle downhill grade on the motorway, the engine is automatically decoupled from the powertrain. It then simply ticks over in neutral, which saves fuel and ensures there is no unwanted engine braking at high speed. An additional fuel-saving feature, which also improves driving comfort, is the Proactive Driving Assistant, which uses information from the navigation system to "anticipate" upcoming roundabouts, corners and junctions and select exactly the right time to change gear.

Since its launch in 1987, more than 1.7 million examples of the 3 Series Touring have hit the roads, with this sixth generation model's immediate predecessor alone accounting for more than 500,000 of these. In other words, this 3 Series station wagon has long been one of the quiet achievers in BMW's model range. There's a reason for that. Look behind the low-key styling and you find a car that does so much so well. True, it's not vastly practical, but the changes BMW has made to the cargo area have had more of a real word impact than the stats suggest. And pragmatic estate buyers will appreciate the fact that this car is the most efficient choice you can make in the premium part of the mid-sized estate sector. A lot to like them, which is just as well given the premium prices being asked. Still, if you're shopping in this sector, we think you'll find this contender even more difficult to ignore.