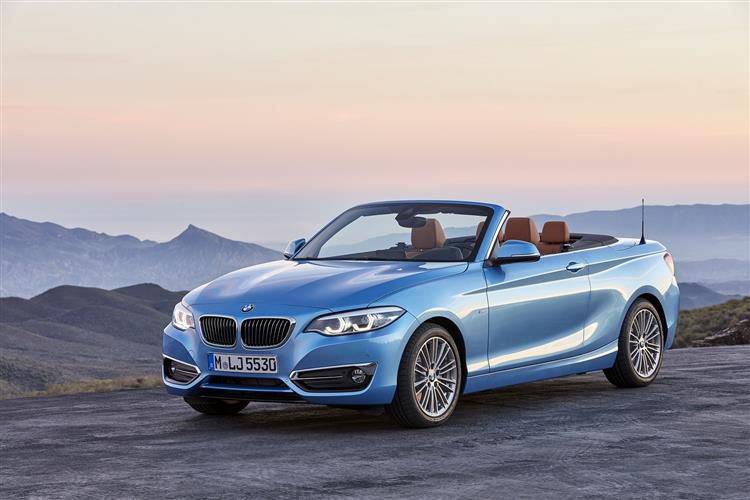 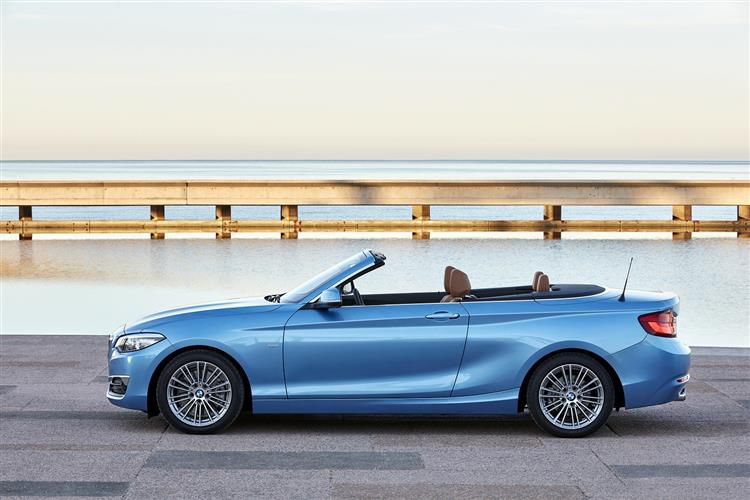 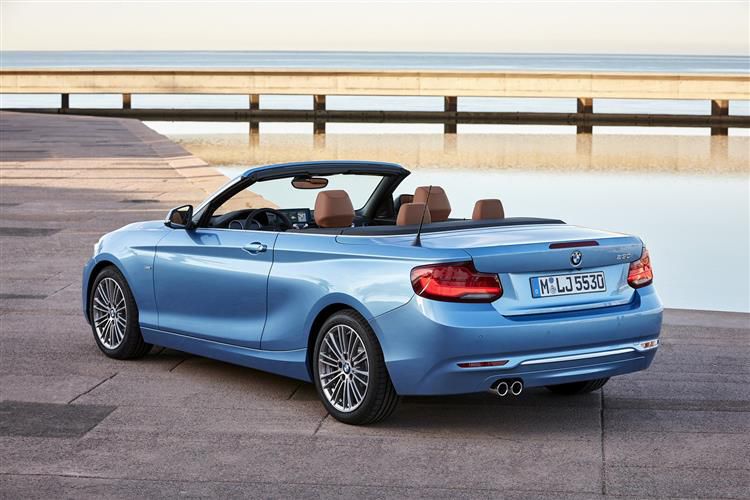 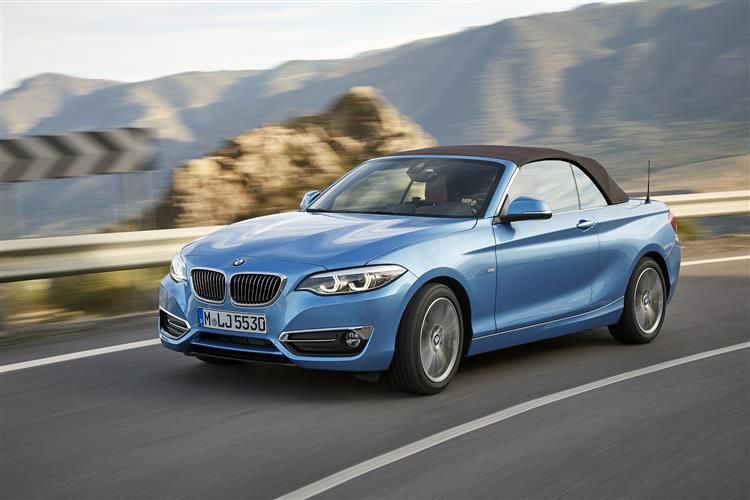 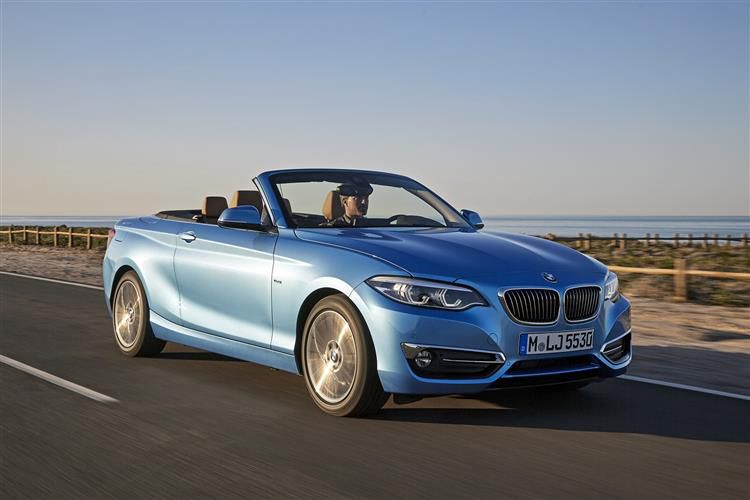 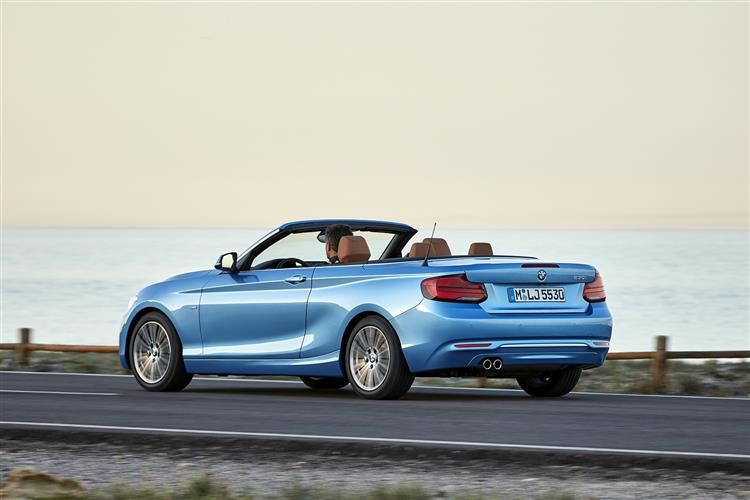 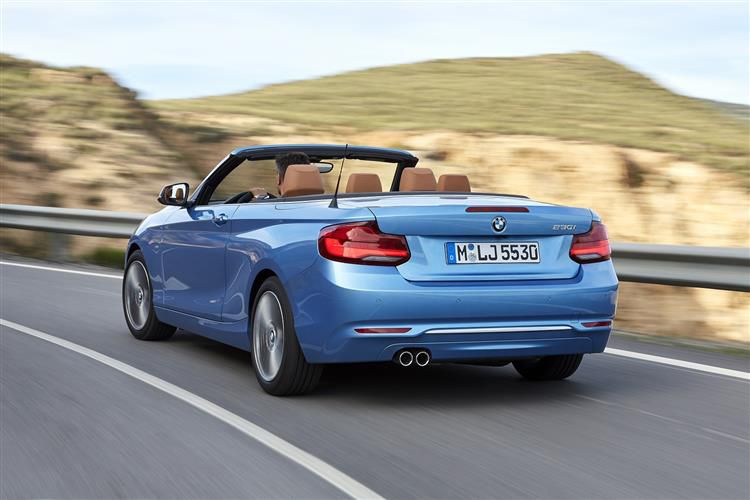 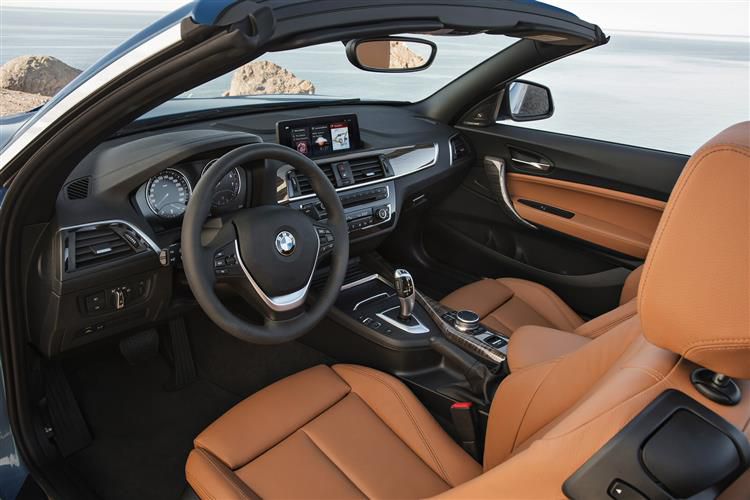 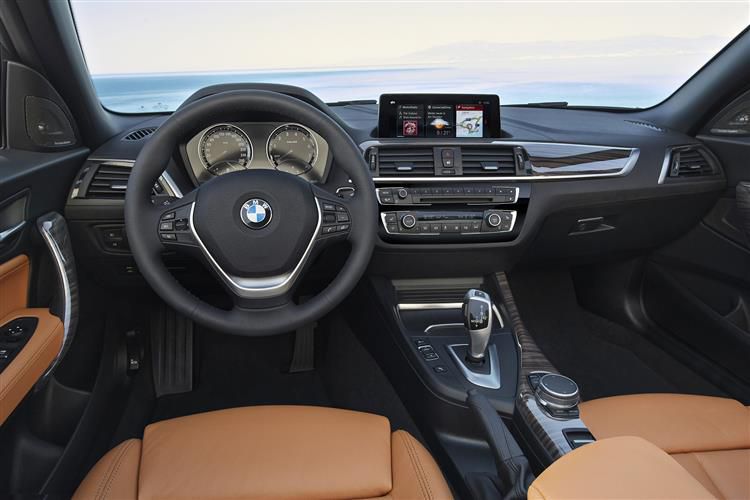 BMW has a strong track record when it comes to desirable drop tops and this 2 Series Convertible has kept that streak going. With an economical diesel and punchy petrol powerplants that are also strong on efficiency, this drop-top looks good and poses a challenge its rivals have found very hard to level with. Now, it's been lightly updated, inside and out.

We've had it drilled into us for years. A car will, after your house, likely be the second biggest capital purchase you ever make. Therefore, it's no frivolous expenditure. Cars need to be researched thoroughly and bought with an eye on return on that investment, their resale values propped up with diligent servicing and such like. All very worthy stuff which would probably see us all in Toyota Aygos if we actually followed it to the letter. BMW prefers to give us a little more freedom in our choices. Yes, you can have excellent fuel economy, low emissions, strong residuals and manageable servicing costs, but why not have a bit of fun while you're at it? That's the ethos behind the 2 Series Convertible, a car that does all the sensible stuff but also comes as standard with a big helping of style.

The engines available in the Convertible are a direct carry over from the coupe range and this, as anyone who's ever driven the two-door tin top will tell you, is a very good thing. Drive is directed to the back wheels and you get to choose between a six-speed manual gearbox or the quite brilliant eight-speed ZF automatic transmission. Petrol poceedings open with the 1.5-litre 136bhp three cylinder petrol powerplant used in the 218i variant. This version will record 8.8 seconds for the sprint to 62mph and hit 130mph. A 2.0-litre four cylinder engine is offered with 184bhp in the 220i and 252bhp in the 230i. Diesel options include the 150bhp 218d, the 190bhp 220d and the 224bhp 225d. The 220d diesel offers a good combination of virtues, delivering a tall stack of torque, with 400Nm available from just 1,750rpm. If you're of the belief that a BMW sounds best with six cylinders, you'll probably gravitate to the M240i Convertible. With 340bhp, this one has some senior performance credentials. If you specify it with the eight speed automatic transmission, it'll get to 62mph in a mere 5.0 seconds. Press the Sport button and the steering weight up and the throttle response sharpen. Press the button once more and you'll find Sport+, which partially disengages the stability control and offers an even spikier throttle pedal.

As before, the electrically operated folding soft top lowers or raises in just 20 seconds at the touch of a button and can be carried out at speeds of just over 30mph. Once folded, the soft top disappears fully into the boot and luggage capacity is rated at a fairly generous 335-litres, making it the largest boot in its class. A through-loading system is optionally available to increase versatility. Exterior updates to this revised version include piercing LED headlights that come as standard, complete with hallmark four corona ring LED daytime running lights. All models gain enlarged kidney grilles with a more prominent chrome surround. In addition, all standard range variants get LED front fog lights as standard and offer a re-designed front bumper with a smarter air-intake design. At the rear, smarter LED tail lights with redesigned LED light bars now feature, while 'Sport' models get a re-styled bumper with sculpted design and high-gloss black trim. As for the interior updates, well, there's a re-designed instrument panel, plus a smarter centre console with a sliding cup holder cover and pearl chrome accents. On M Sport and M240i models, the instrument cluster features a Black Optic display with 3D effect dials - an option with other variants in the line-up. BMW's much-improved iDrive system features in the cabin and delivers the latest-generation iDrive software on the standard BMW Navigation and BMW Professional Navigation set-ups. The large 8.8-inch screen on the latter navigation system is also equipped with BMW Touch Control for the first time, offering drivers the choice of iDrive with Touch pad, voice control and touchscreen to interact with the system.

Prices start at around £27,500 for the 218i, with the 218d variant pitching it at just under £30,000. The competition in this sector has become a bit hotter of late, with Audi launching a vastly improved version of its A3 Convertible. The BMW is cut from slightly different cloth, offering more of an enthusiast focus - but is this really quite such a factor in the drop top market? Buyers here are probably less interested in the details of the suspension and 0-62 times and more in the stying, the hood operation and the effectiveness of the air con and stereo. Suddenly BMW's clear advantage is eroded more than just a tad. Most models are available in Sport, Luxury and M Sport trim, while the 230i is offered in M Sport only and the M240i has its own unique specification. SE models are also offered. Standard specification on all models is comprehensive and includes alloy wheels, automatic air conditioning, Drive Performance Control, Keyless go, a Sport instrument cluster, dual dark chrome exhaust tailpipes for 220i and 220d Sport models, Sports seats and a Sport multi-function leather steering wheel. The top M240i gets 18-inch double-spoke alloy wheels, Ferric Grey air blades and mirror caps, dual-zone air conditioning, Dakota leather upholstery, Extended Lighting and Storage, M Sport suspension and braking, an M rear spoiler and M logos on the wings.

It's hard to argue with BMW's efficiency measures, with the 218i recording 48.7mpg on the combined cycle and 136g/km emissions. Go for the 220d diesel and you'll see 61.4mpg and 121g/km with the manual transmission. Those are quite some numbers from a vehicle that can still justifiably wear a performance coupe tag. The M240i Convertible also records some impressive efficiency data. It'll squeeze 34 miles from a gallon and will emit just 189g/km. EfficientDynamics, BMW's suite of energy-saving features, is responsible for making those vaguely implausible looking figures. The 2 Series is fitted as standard with an Auto Start-Stop function available on both manual and automatic transmissions. An ECO PRO mode, activated using the Drive Performance Control, is a new feature on BMW's that adjusts various on-board systems to maximise efficiency. When in ECO PRO mode the throttle response is adjusted to encourage a more economical driving style. The extra economy created in ECO PRO mode is fed back to the driver, with the in-car displays showing the additional number of miles achieved.

BMW couldn't really have delivered much more when briefed with turning 2 Series Coupe into a Convertible. Clearly there's only so much sleekness you can build into a four-seater drop-top that's only a few millimetres longer than a Ford Focus but the stylists have done a good job giving the car a coupe-like silhouette with the roof up. Roof-down, BMW's designers have given the car a clean deck and flanks that hold enough shape to prevent car looking dull and blocky. What else? Well the small styling updates are welcome, the engine selection draws no complaints from us and the pricing looks to be fair. The class benchmark? That looks as if it may well be the case.